HOW DOES HAIL DAMAGE YOUR ROOF? (AND HOW TO PREVENT IT)

HOW DOES HAIL DAMAGE YOUR ROOF? (AND HOW TO PREVENT IT)

You are here:
Uncategorized 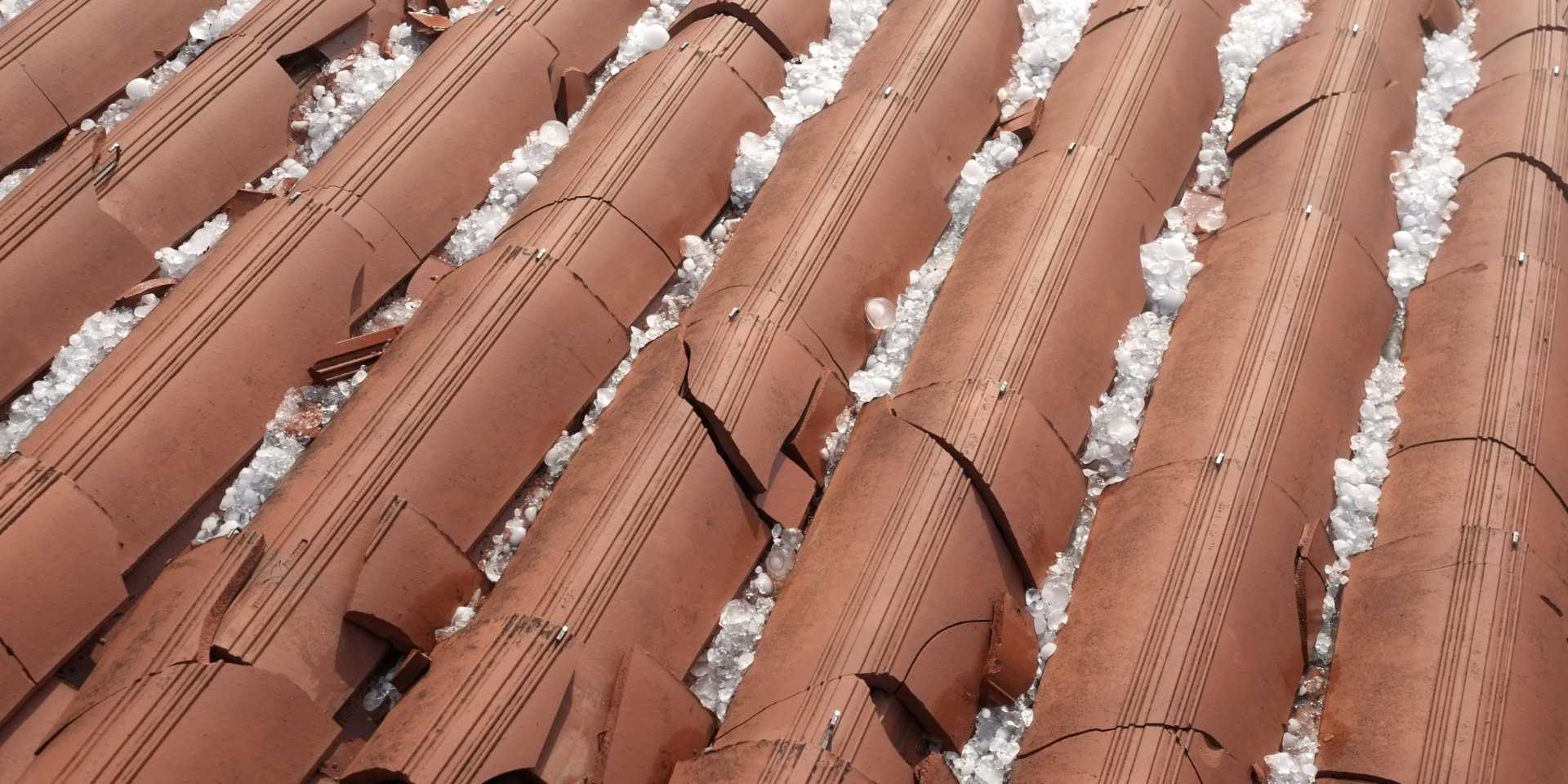 Anytime there is a hailstorm or severe weather, you are likely to be pleased if your home comes out with only minor damage. Lamentably, most homeowners are not aware that even a minimal amount of hail damage can cause long-lasting, expensive damage.

Hail Damage May Take A While to Destroy Your Roof
Understandably, many homeowners prefer to avoid making an insurance claim unless they must do so. You would not like being accused of making repairs unnecessarily and once there are several claims on your policy, your premiums will likely rise. Slightly pockmarked shingles do not seem like a big enough threat to warrant an insurance claim, but the long term effects of this so-called superficial damage can be detrimental, from tiny leaks to the complete structure loss.

The timeline of the progression of hail damage your roof may follow if not rapidly repaired:
Immediately after storm. Shingles that have been impacted by hailstones have visible dents, the gutters may be full of shingle granules. Loss of granules leaves the asphalt under layer exposed to weather, which may further loosen the bond between the remaining granules and the asphalt layer.

Several weeks later. Every day, the sun shines its ultraviolet light on the shingle parts that are not exposed, in turn making the shingles brittle and causing the asphalt layer to weaken. As temperatures change, the shingles will contract and expand, threatening damaged areas even more.

A few months later. Winter is coming. Damaged shingles can crack on cold days, creating small holes in them which can allow water to leak into the roof itself. The shingles with fewer granules remaining tend to curl up at the edges, putting them at risk of being torn off by strong wind or other severe weather.
Various years later. Granules continue to fall from the shingles, and the shingles are less efficient in leak prevention. Water likely begins to seep into attics, utility closets, and storage areas, triggering electrical issues and personal property damages. Leaks should be addressed immediately, or the surrounding wood could rot and mold, forcing you to move out while the issue is addressed.

Insurers regularly deny hail damage roof claims that could have been fixed easily right after the storm. From the insurer’s point of view this makes sense, as they would prefer to spend a small amount for minimal roof repair rather than spending a fortune for roof replacement later on. Policyholders only have a limited time window during which they can file weather-related insurance claims. If these claims are nor filed in time, a homeowner may lose the opportunity to receive compensation.

Before the next storm, there are a few things you can do to lessen the impact of hail.
Although it is crucial to perform storm damage roof repair as soon as possible, one step better is preventing these types of damage from occurring originally. There are a variety of actions that homeowners can take to bolster their property against the next hail storm, including:
Selecting the appropriate building materials. The options for shingle types and roof coverings are vast, certain ones are significantly more resistant to the impact of hail stones. Although the up front price of stronger roofing is more, the cost of insurance to protect it is generally less, saving you money long term.

Choosing weather barriers. Hailstones without significant wind cause much less damage and you can create natural barriers by strategically positioning a variety of structures on your property. High walls, adjacent buildings, trees, and fences can all act as natural windbreakers and protect your home from severe damage.

Use of regular inspections. In many cases insurers deny claims after storms by claiming that a roof was already damaged prior to the storm. Policyholders can document the state of their roof’s structures, flashing, and shingles by having regular professional roofing company inspections in order to prove their roof was in good condition prior to the storm.

Why Not to Wait Before Undergoing Roof Repair
July 6, 2022

A Beginners Guide to Exterior Remodeling
May 17, 2022